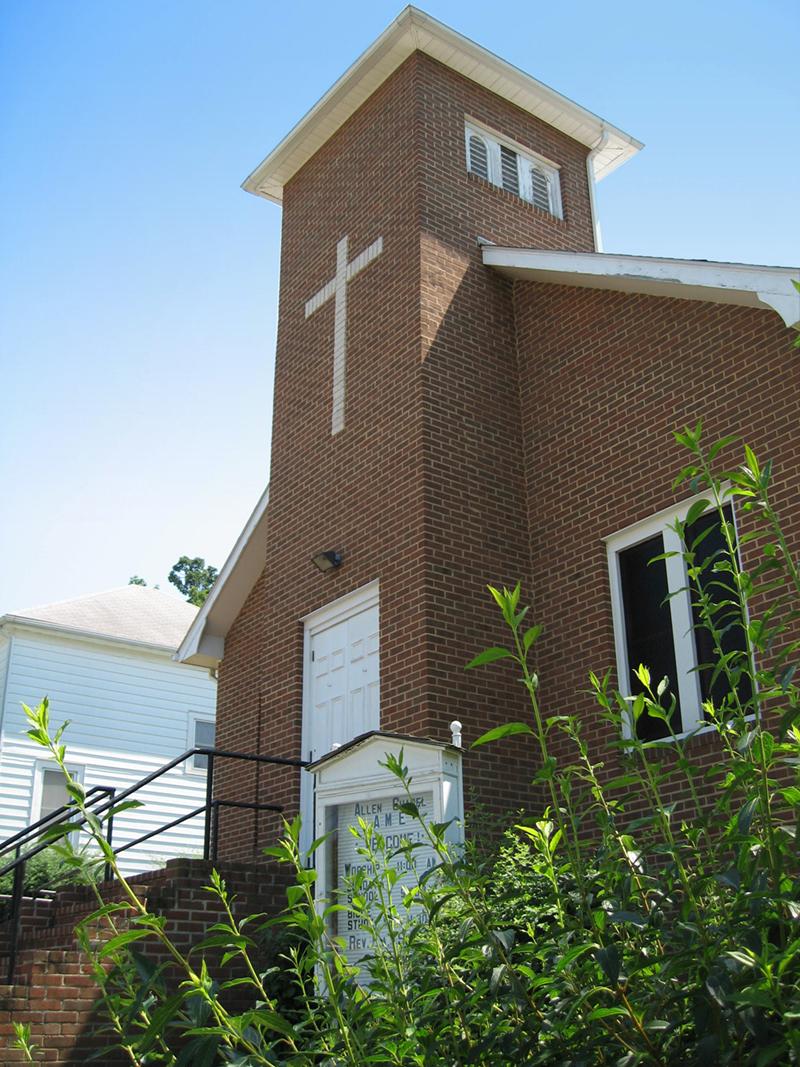 Redeeming the Promise of Jubilee

The Spirit of African Methodism

was brought to Staunton, Virginia through the urging and efforts of Sarah Rodney, the sister of Richard Allen, the founder of African Methodism. Rev. Jacqueline Strange formally organized the first church in November of 1865, just after the conclusion of the Civil War. The first services were held in various white churches including the Lutheran Church, which stood for a time on Central Avenue where the clock tower presently stands. Later, twenty members purchased the site at 921 West Beverley Street. Some of the builders of the first church were Thomas Tunley, the great-grandfather of Kenneth L. and Oscar B. Jones; Henry Jones, the great-grandfather of Margaret Poindexter; Beverly Jones, Brisco Washington, Louise Jackson, the Bowles Family and Spencer Miles.

Our first church met with financial difficulties and Lincoln Jackson, though not a member at the time, paid off the debt in honor of his mother. The church building that now stands at 921 West Beverley Street was started in 1924 under the leadership of Rev. J. J. Benjamin and completed under the leadership of Rev. J. H. A. Martin. The church was unable of its own accord to weather its next financial crisis so the building fell temporarily into the hands of a white Nazarene congregation.

God, however, with irresistible good will, moved the Second Episcopal District, under the authority of Bishop Gaines to purchase the building again on behalf of the Staunton A.M.E. congregation. Through the subsequent years the members worked diligently and faithfully, and during the pastorate of Rev. Melvin Law, the District received the final payment on the indebtedness. 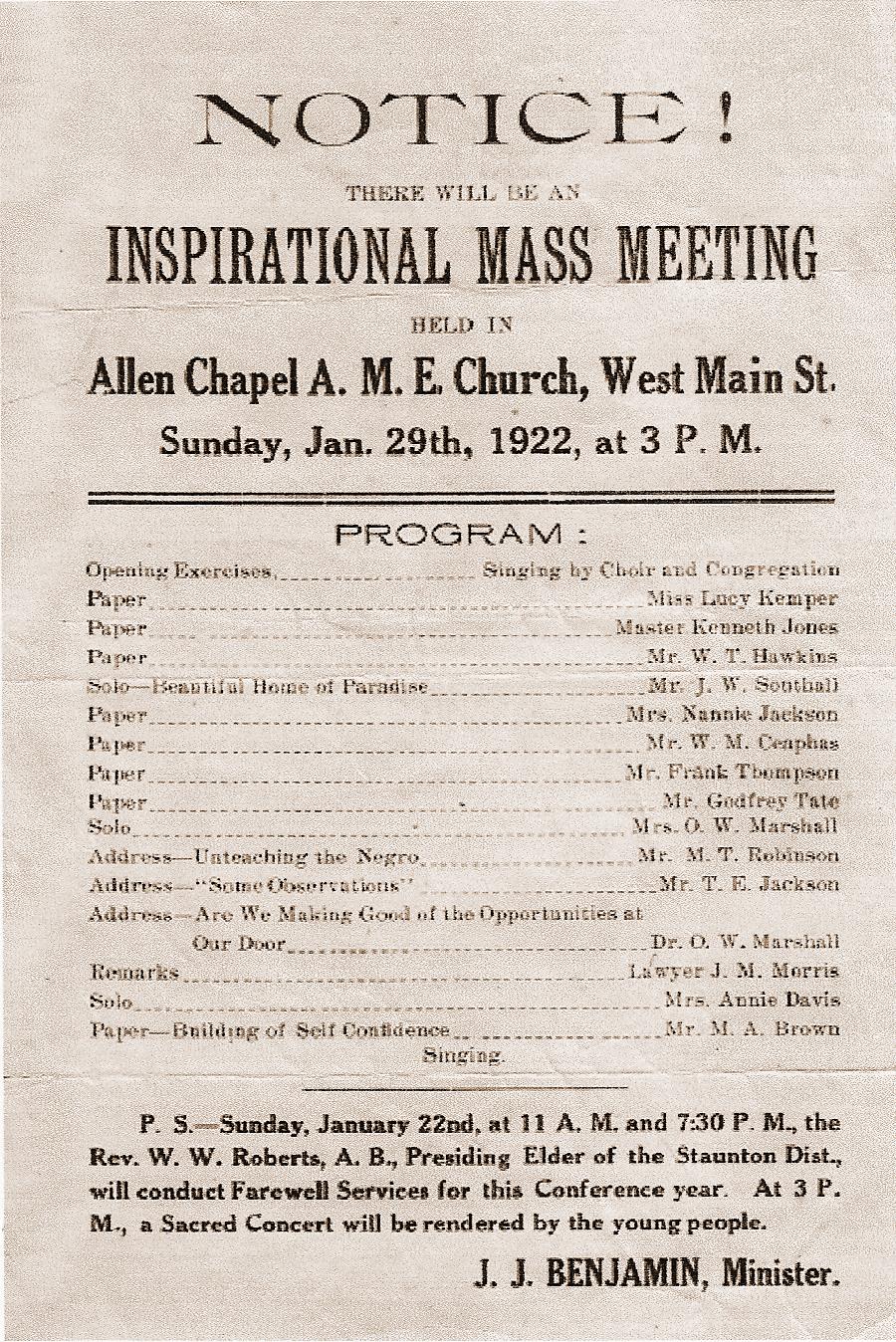 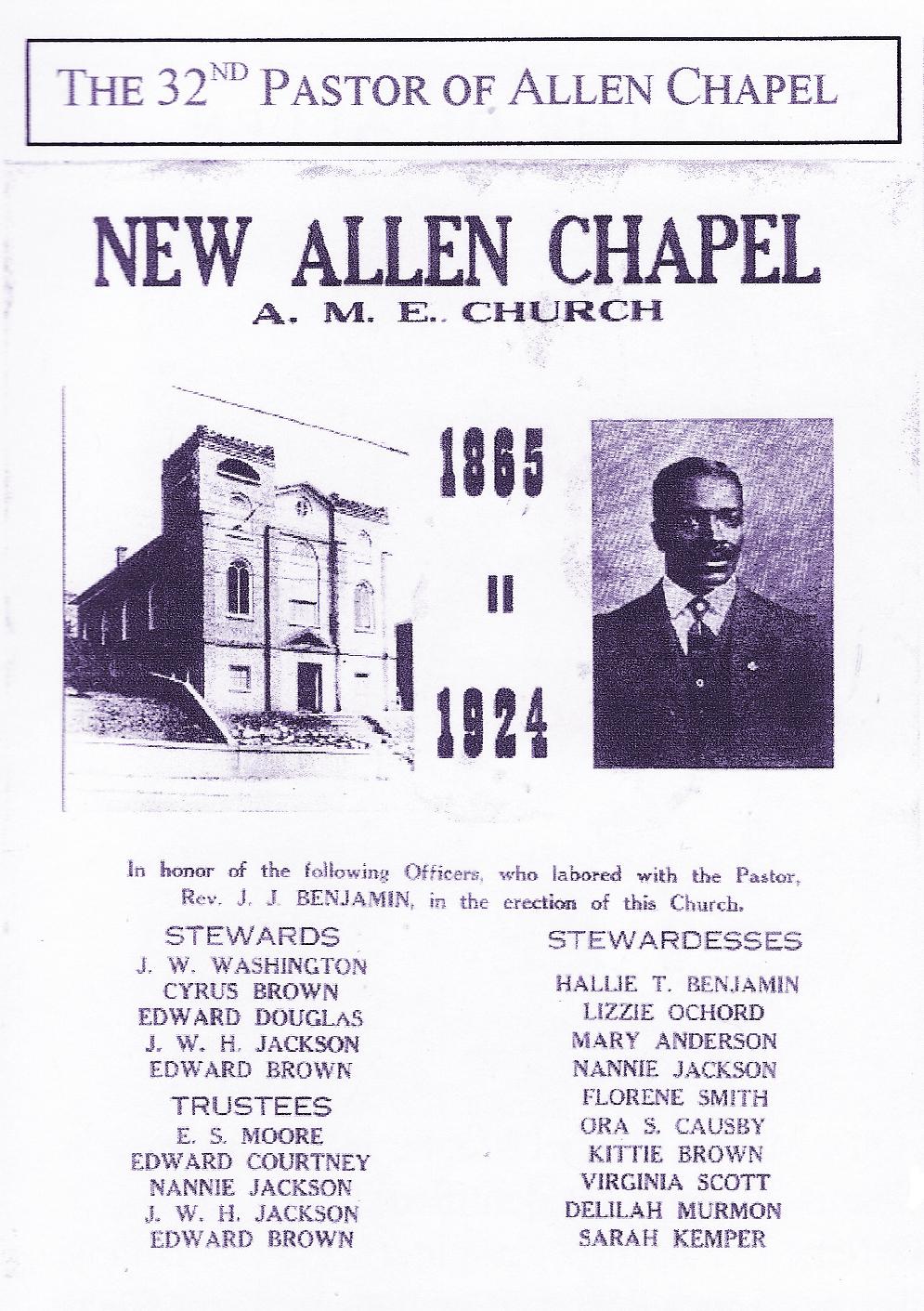 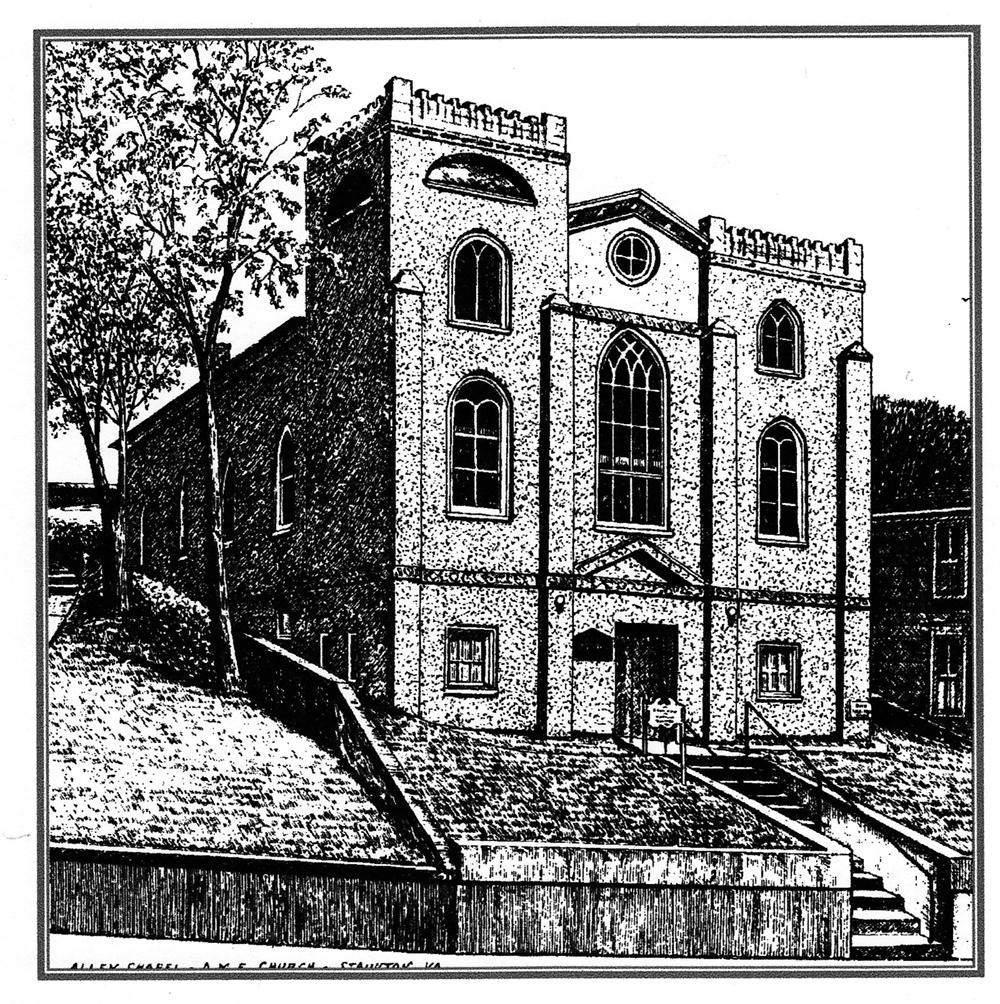 The limitations of on-street parking and general inaccessibility for the handicapped were only two disadvantages of the West Beverley site, so in 1997 the 75 member congregation, under the leadership of Dr. Edward A. Scott and the inspiration of the Holy Spirit, stepped out on faith to secure the former Emmanuel Wesleyan Church building at the Sudbury Street location.

In the intervening years we have prospered materially and spiritually. We have had many Emmaus Road and Mountain Top experiences. Certainly God is good and His grace is sufficient to supply our every need if we but trust and obey.

Inspired by the past, encouraged by the present and with the help of God we press toward the future.

Come Visit us This Sunday