In those days John the Baptist appeared in the wilderness of Judea, proclaiming, 2“Repent, for the kingdom of heaven has come near.” 3This is the one of whom the prophet Isaiah spoke when he said, “The voice of one crying out in the wilderness: ‘Prepare the way of the Lord, make his paths straight.’” —— Matthew 3: 1-3

This is the time of prophets. The moment is upon us when the strange and uncanny word of God is pronounced with the clarity of bold conviction. It is the time when the spellbinding routine of our everyday cares and our everyday beliefs are judged and convicted. Prophets are sent to us because we have lived with unrighteousness without challenging it, because we are easily swayed into moral inertia. We have excused ourselves by saying “I did not know that was happening.” But there can be no escape from the voice of John whose very appearance is a call to attention. Dressed in camel’s hair and his uncombed beard streaked with the honey of the outer lands John’s figure bespeaks the lunacy of the exile. The wilderness had kept him in its solitude of spare provision. Under such conditions he labored beneath the weight of the calling that had pulled him apart and away from the intercourse of his fellows. And now he comes from so austere a place of separation to engage the world concerning the will of God. The time of prophets crying out from the wilderness has come once more.

Let us reconsider the nature of wilderness once again. Let us return the notion of wilderness to thoughtful review. The wild places evade easy habitation. They task us and make survival a matter of urgency. The wilderness makes us alert because a moment’s relaxation may be our last. The triple threat of hunger, thirst and exposure would put any of us on edge and when the only voice one might hear under such circumstances is one’s own we may even think that the wilderness experience is a sure way to lose our minds.

John’s story presents another way to think about the wild. In the wild we are reminded of the one who made these desolate but beautiful places; the savannahs, mesas and thick forests, the deserts, mountain crags and lonely isles. John’s story speaks of the presence of God in all places and how the presence of God grabs and holds the prophet to come. In the places where our bodies yearn for the good of bread, water and warmth, in the places where our spirits cry out for liberty, justice and peace, in these places God seems always to raise up a prophet for the age.

John’s uncompromising word shines with holy, radiant power to quicken moral understanding and even deeper moral action. He stirs up the generation of those to whom God has sent him. He tells them, “Repent, for the kingdom of heaven has come near.” I think we must see the advantage of wilderness living because the wilderness experience draws one closer to God.

On the other hand, when we live as we usually do, without reflection and without examination, the world of everyday habit takes hold of us. Its grip is spellbinding because it is so consoling. It is stable, predictable and in keeping with the practices of our neighbors. We live as we do because everyone lives this way. We acquiesce to mediocrity in high and low places because mediocrity has become the norm. Mediocrity reigns. We cannot deny it. American students have fallen even farther behind in their competence in reading and math. We need a prophet to call our country to attention concerning this national disgrace.

We accept gun violence because the forces arrayed against even minimal regulation of access to guns have always exercised superior advantage in money and influence. We need a prophet to trumpet the perdition of gun violence in our schools, our churches and our homes. Under the benumbing ensorcelling of the everyday our ears fail to hear the small quiet voice of God.

A Tribute to Nelson Mandela

So three days ago now I heard the news as all of you had that Nelson Mandela had passed. In the celebrations of his life that ensued and in the memorials that are even now under construction I saw with sharpened clarity the prophetic mission that had called Nelson Mandela apart. I saw interviews with his children in which they bemoaned his absence from their lives as a father. I heard Charlayne Hunter Gault, whose own life had been a struggle against the injustices of Jim Crow, say that in her first interview with Mandela he had exercised reserve in sharing his prison experiences. I remembered my own experience standing in his narrow jail cell on Robben Island. I recall even now how I looked out upon the barren land beyond the barred window and wondered how one man could have survived so desolate a place for so long a time as 27 years.

Today’s scripture gave me the clue and this I hold as true. Nelson Mandela cried out from the wilderness of Robben Island, from the wilderness of apartheid in South Africa that the kingdom of heaven had drawn near, that each year of his incarceration was the acceptable year of the Lord’s coming. God had raised him up as a prophet from out of the complacency with injustice into the furnace against injustice and though prophets often lose their lives in the pursuit of their calling, as John himself did, the prophetic calling of Mandela led him to become the father of his country under democratic rule.

In the days ahead a most unusual rite shall unfold before us; Nelson Mandela, a prophet for this or any other age, shall receive a state funeral attended by dignitaries from all over the world and including every surviving President of the United States of America. This is a most welcome but uncommon affair for rarely has a prophet been so celebrated in death. Jesus, our great prophet, priest and king was unceremoniously buried in a borrowed tomb, and John before him had lost his head because Herod was over whelmed more by lust for Solome, his niece, than fear of God.

In this Advent season

In this advent season we are made to think of the great advantage of wilderness preaching for transforming lives, institutions and nations. Nelson Mandela was a global citizen whose local action to end apartheid in South Africa forced us to evaluate the implications of our interconnectedness with the rest of the world. Because of him we knew we could no longer evade our responsibility for ending state sponsored murder like that that occurred in Sharpeville. This can never be the will of God. Because of him we were led to transform our notions of revenge into notions of just recompense. We know that killing killers will never achieve true peace. The peaceable kingdom does not come from the edge of the blade or from the muzzle of a gun but perhaps it may be coaxed through truth telling and reconciliation instead.

Apartheid was an unmitigated evil but God raised a prophet against it in Nelson Mandela and I shudder to think what the world might be had he not given himself to the mission that God assigned him. But Nelson Mandela now has been gathered to his fathers and the world is still in need of prophets. This is the season for prophets who come to prepare the way of the Lord. Let a new prophet preach to us now of the unholy disregard for women, children and men in Syria. Let a new prophet preach to us of the peace only God may bring to Jerusalem, Damascus and Tehran. Let a new prophet trumpet the great accord of God for saints and sinners everywhere.

I would direct you, finally, to the great work of John in preparing the way of Christ. The word says that the people came out to John in great number and in response to his prophetic call to repentance. Let us remember that John baptized all who came to him and by this priestly act joined prophecy to worship and sacrament. In this sacrament of cleansing and renewal, this sacrament of purification and rebirth John bound his wilderness experience to the daily living of those who answered his summons. The prophet calls us to repentance but the priest calls us to affirmation of the blessings of God.

I thank God now for all the prophets God has sent us though we may have killed most of them in the wilderness of the human heart. Still he extends to us this grace of sacramental cleansing to receive the one who comes to baptize not with water but with fire and the Holy Spirit. Perhaps the wilderness of the human heart may yet be transformed into an oasis of peace, justice and love.

My prayer is the Lord God Almighty will burn away the dross and mediocrity in me, that he will burn away the moral complacency and indifference in thee, that he will gather us again all three for the time when heaven draws near to the earth. I pray the wilderness spirit of John will give us a taste for honey and a vision for the paradise to come when “the wolf shall lie with the lamb, and the leopard shall lie down with the kid, the calf and the lion and the fatling together, and a little child will lead them.”

In that great getting up day we may sing such songs as now we sing in South Africa today and tomorrow. Nkosi Sikelel’ ‘iAfrika. God, Bless Africa. God, bless us here, abroad and everywhere. Bless us and our children too to live in peace and union. Bless us God to grind our teeth no more. Bless us God to draw our neighbors near and sing the heavens to steer us clear of perdition’s door. 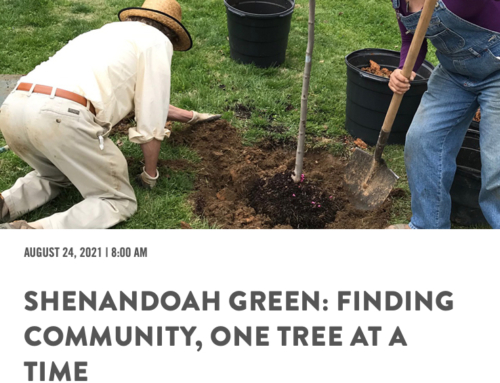 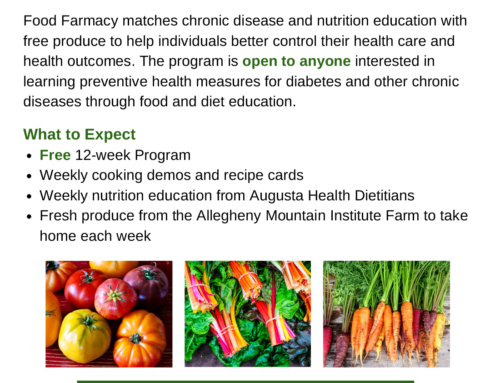 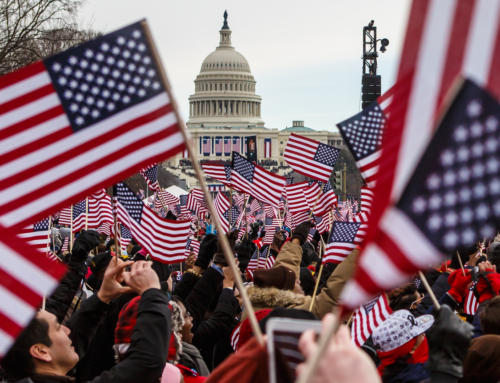